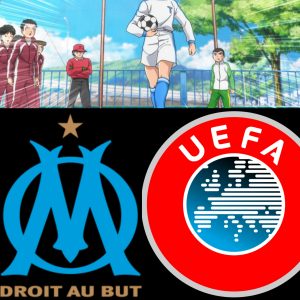 Further to our last articles on the Union of European Football Associations’ (UEFA) financial fair play rules, please find hereafter our analysis of the Settlement Agreement concluded by the UEFA with the French football club Olympique de Marseille SASP (hereafter, “the OM Club”).

In order to clearly understand UEFA’s financial fair play rules (hereafter “the FFP rules”) and in particular the break-even requirement provided for by the UEFA Club Licensing and Financial Fair Play Regulations (hereafter “the CL&FFP Regulations”) which might lead to the conclusion of a Settlement Agreement, please refer to the paragraph I. A. of our article regarding the AC Milan’s case.

For the record, the settlement agreement is a measure which aims to ensure that a club, which does not fulfil the break-even requirement, becomes break-even compliant at the end of the period covered by the agreement (i.e. generally four sporting seasons). The club will then be subject to on-going restrictions in order to reach the FFP rules compliance.

In order to fully understand the situation, we should first highlight that in October 2016, Franck McCourt became the new owner of the OM Club. Three years later, the OM Club entered into a Settlement Agreement with the UEFA.

Therefore, the monitoring period 2018/19 covers the period following the new ownership’s arrival and includes all the investments made by the OM Club as from this date (especially during the various transfer markets). This situation is not surprising as in the past years, various European clubs have been subject to the same measure after a change of ownership (e.g. Paris-Saint-Germain, AS Monaco, AS Roma …).

Considering the above, the Settlement Agreement seems to be the traditional way out for clubs with new ownerships when the sporting results are not up to the investments made. That is why, sometimes, the FFP rules are considered as a break for the growth of a club which requires significant investments, especially at the beginning, in order to generate revenue from both sporting and marketing standpoints. In such cases, the 3-year monitoring period might not be enough to reach the results expected. In this regard, Rocco Commisso, the new owner and chairman of the Italian football club Fiorentina, has recently made a quick statement about his vision of the FFP rules’ issue during his first press conference.

That is why we could notably consider that applying specific monitoring rules in such cases especially if, for example, some financial guarantees were provided to the UEFA, would be appropriate.

In any case, the above-mentioned Settlement Agreement concluded between the UEFA and the OM Club contains on-going restrictions in order to ensure that the latter will be break-even compliant within the meaning of the CL&FFP Regulations at the latest in the Monitoring Period 2022/23 (i.e. the OM Club’s aggregate break-even result for the reporting periods ending in 2020, 2021 and 2022 must be a surplus or a deficit within the acceptable deviation).

Indeed, the CFCB Chief Investigator has considered the Settlement Agreement to be effective, equitable and dissuasive for the purposes of Article 15 (1) of the Procedural Rules governing the UEFA Club Financial Control Body (hereafter, “the Procedural Rules”):

Furthermore, it is specified that the decision of the Chief Investigator to conclude the Settlement Agreement may be reviewed by the CFCB Adjudicatory Chamber in accordance with Article 16 of the Procedural Rules.

Concerning this provision, it is interesting to note that the UEFA has amended the 2019 edition of its Procedural Rules. In this respect, we might consider that this amendment is likely the consequence of the last PSG’s case (see our article on the subject).

The previous version of Article 16 (1) of the Procedural Rules provided that:

The 2019 edition of such Procedural rules now provides that:

CBV Avocats remains at your disposal should you need any further details about the above and/or, more generally, about the FFP rules.